The boardwalk leads through a little wet area within the 15-acre Azalea Garden on the Biltmore Estate.  Chauncey Beadle, originally hired by Olmsted in 1890, worked at the estate until his death in 1950.  He’s credited with the original plantings and the area was renamed the Azalea Garden to honor him on his 50th anniversary. 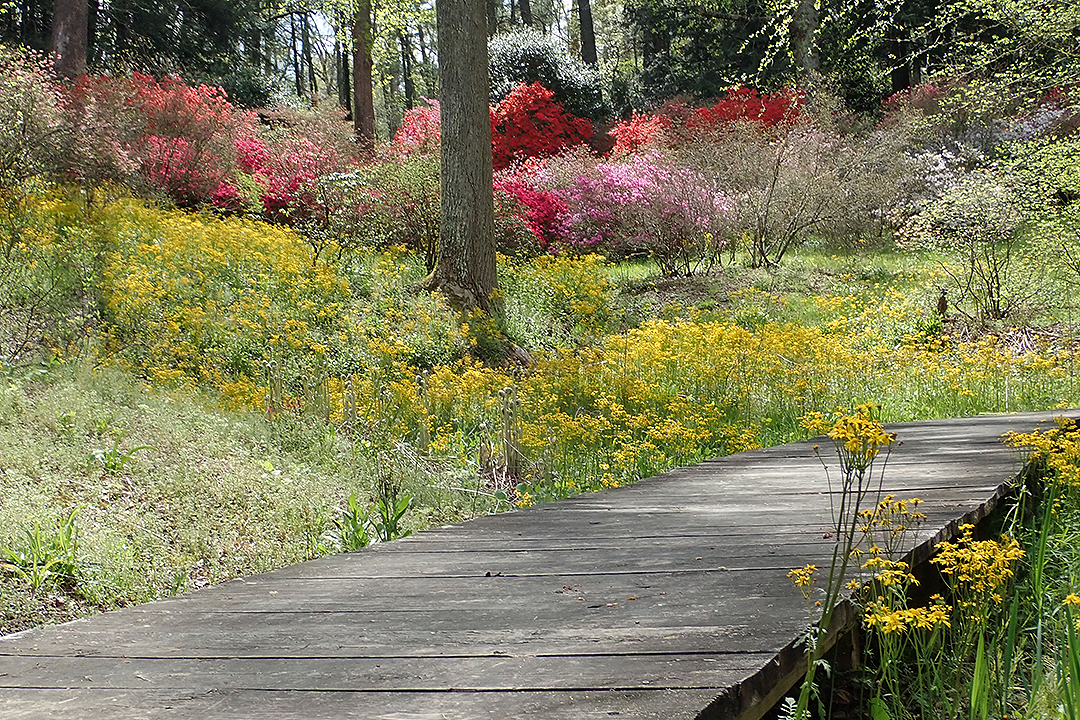 About the Author: Jonathan Jackson